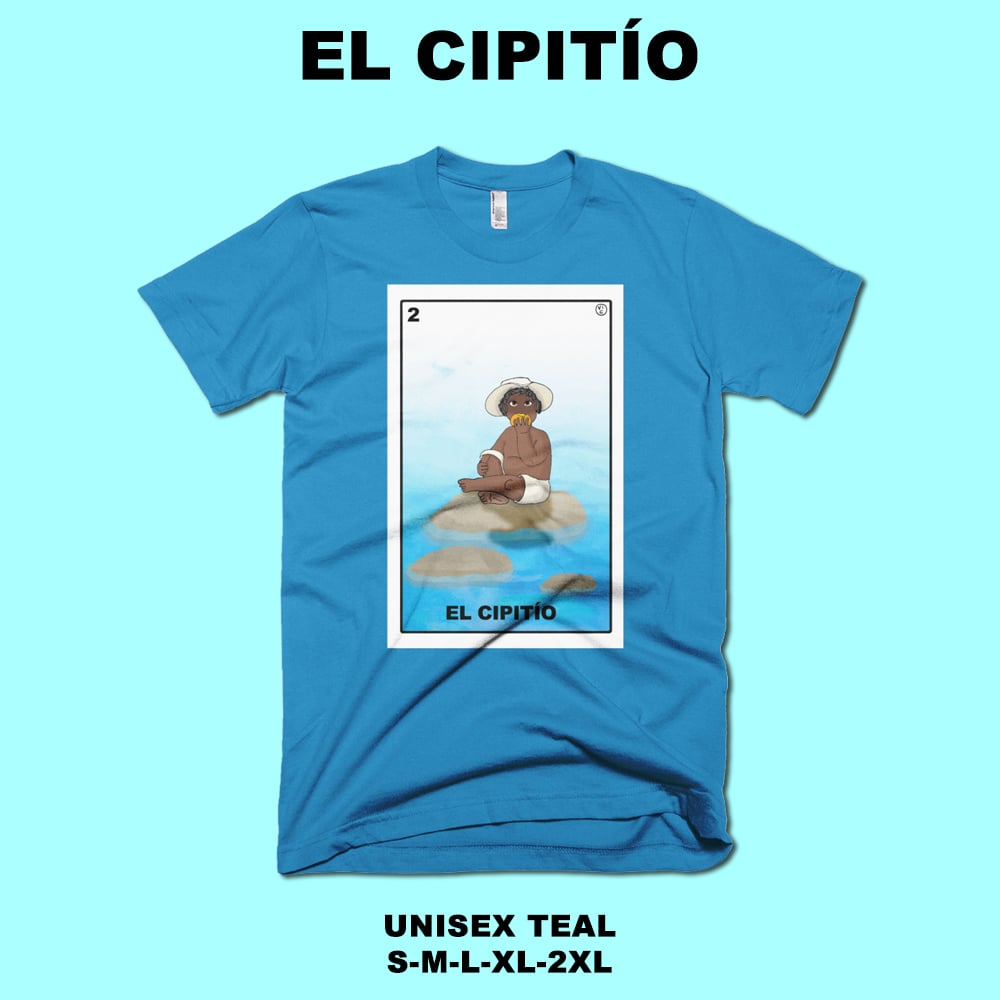 A Salvadoran version of Lotería is in the works, utilizing notable historical figures, flore, and fauna from El Salvador. In the mean, you can enjoy the first few entries as t-shirts!

El Cipitío is a trickster figure, taking the shape of a little boy, who hangs around river beds, usually spying on young women. Though traditionally, he is depicted with exaggerated indigenous facial features, a large protruding belly, and feet that are backwards, I chose to portray him more as a playful small child.